Andy Muirhead feels he owes much of his rugby career to the Lloyd McDermott Rugby Program and the Brumbies winger hopes he can use what he gained from the program to help the next generation of Indigenous teens.

Muirhead’s late grandfather was Indigenous and passed away before he was born but Muirhead's mother made sure he still had a connection to his background as a child.

As Muirhead grew up, though, he became more interested in exploring his heritage and that was where “Lloydies” came in.

“Then I ended up luckily enough getting picked up and a guy called Tom Evans that used to run the Lloyd McDermott program he took me under his wing and mentored me a fair bit from a young age.

“I probably wouldn't be playing rugby now if Lloydies wasn't there.” 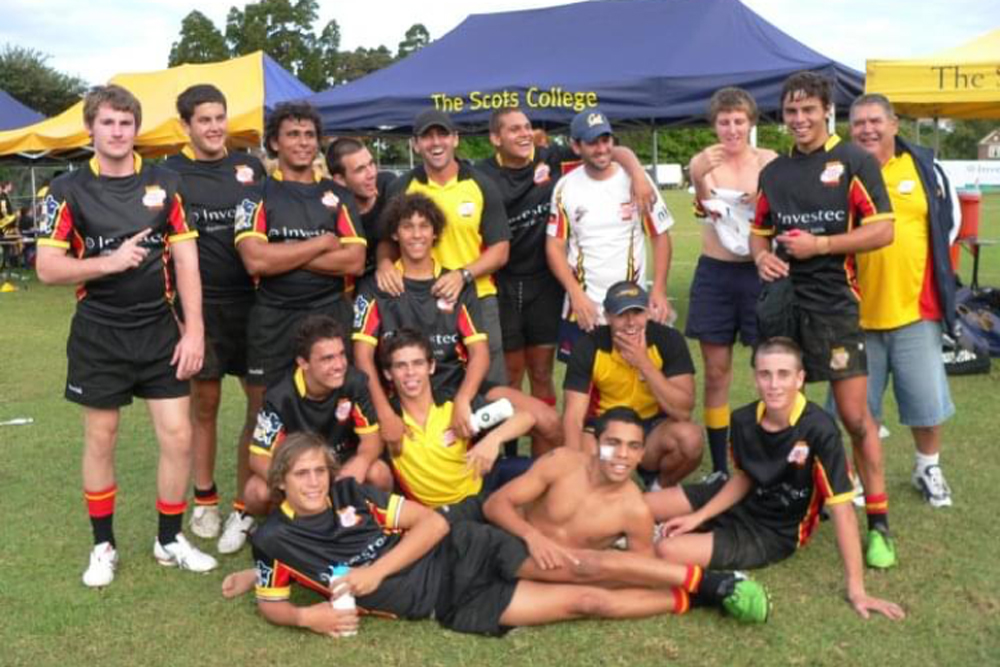 Former Reds and Aussie Sevens player Matt Sonter was one person who had a particular influence on Muirhead and ultimately pushed him to take a leap of faith that changed his rugby journey.

“Matthew Sonter was one of the people who told me to move to Canberra to try and get a Super Rugby contract and I sort of ignored him for a couple of years and ended up coming down here and somehow it worked out that way I probably should've listened to him earlier,” he laughed.

It was also through that program, though, that Muirhead was able to connect more with his heritage and understand more about the challenges that many Indigenous men face.

“When you get put into a Lloyd McDermott team we talk about our people, our communities, our culture and being proud to represent our people,” he said.

“We used to have camps, a week camp where we'd train before a tournament and you'd get various people like the Ellas, Glen and Mark, would come in and they would explain what it means to them and then you'd talk about cultural stuff and what is really important to us as Aboriginal and Torres Strait Islander and the boys are being proud about that.

“I brought that back and while I was in school I was in a young Indigenous group where we would get together a couple of times a week and we would just have a chat and have a yarn about cultures and what's important to us and I learned a fair bit through that.

His fellow squad members provided some insight as well, with many of them coming from regional communities far different to his Brisbane background.

“I've been fortunate enough to deal with a lot of guys from rural communities through Lloydies and through Sevens stuff, guys that probably didn't venture outside their communities that often,” he said.

“It's just cool being able to link up with those guys that have such a different perspective and how they go about their lives and be able to come in as a group and just share our stories and experiences. 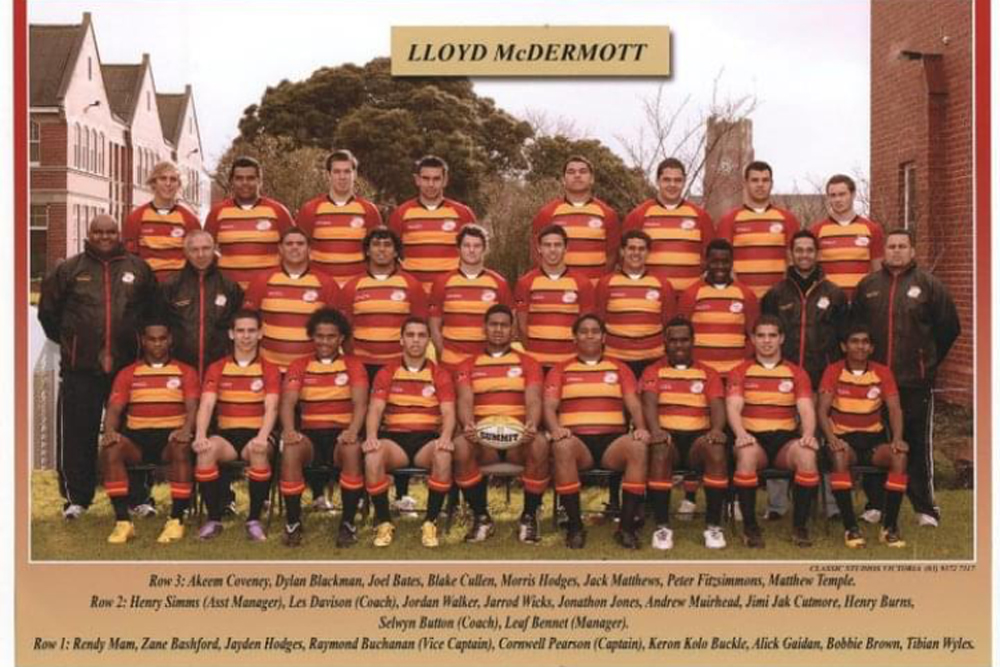 “If you didn’t go out and experience these rural communities where they are living our ways you wouldn't really get that (understanding)..

“It's quite unique being able to link up with those people and hear what they have to say, how they go about life as well.”

In his time at the Brumbies, Muirhead has turned some of his focus to helping out the next generation of Indigenous teens, earning a qualification as a mentor to try and give back to the local community.

“Mentoring's something I've always wanted to do and (player development manager Robin Duff) got me qualified to be able to mentor and I drove down and was mentoring some young Aboriginal kids over the last 18 months,” he said.

“That’s sort of died down now, obviously, and I haven't been able to do much of that stuff but it's something I really enjoy doing is giving back to the young Indigenous kids that probably don't have the positive male role models they need to strive towards,” he said. 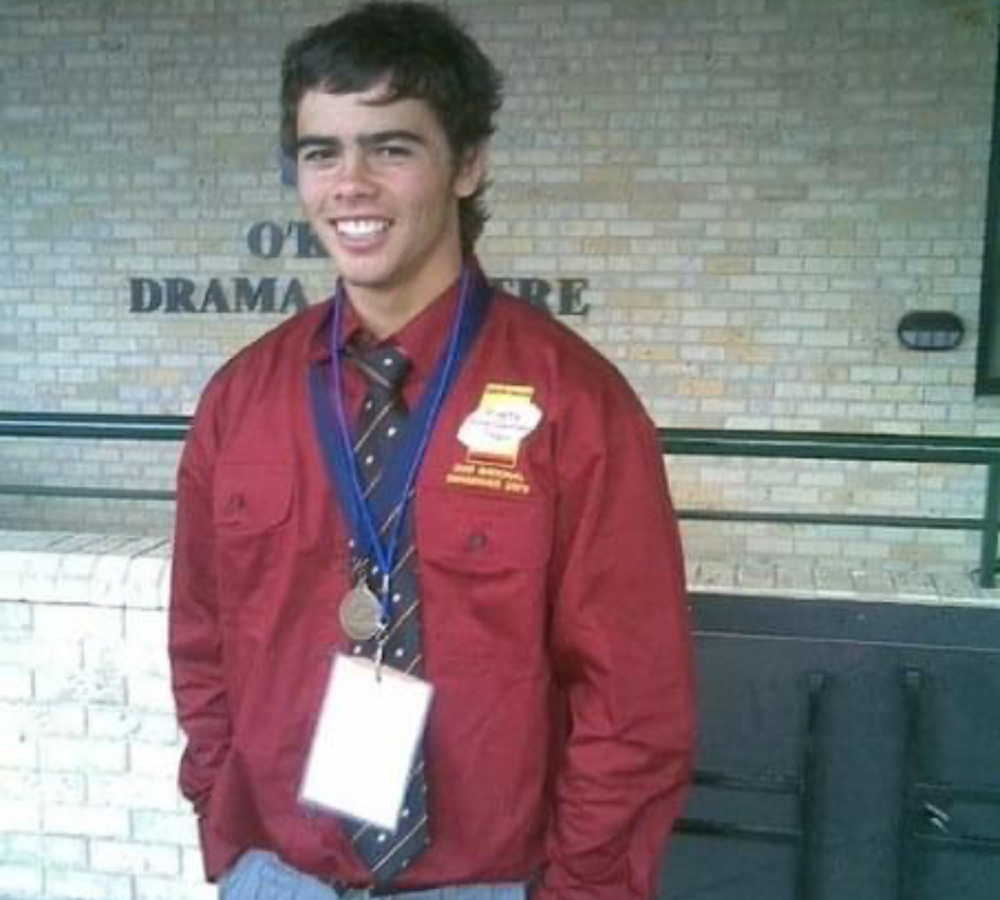 On many  occasions, Muirhead said ,it was as simple as just passing a football and having a chat to give his mentee an opportunity to open up about their feelings and thoughts.

“Everyone's case is different for mentoring, but generally I'd go down to school and then sit in class with them, take them out of class, pass the footy around, just chat about important things that have been happening,” he said.

“It's just good to be able to get into those communities and try and help out where I can just to give them someone to talk to and someone positive I guess.”

While he said those opportunities had become limited with the recent COVID-19 travel and isolation restrictions, he felt for those who might be put in challenging situations amid the new laws.